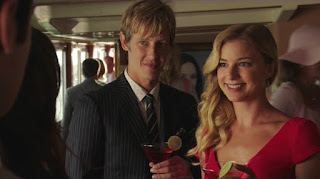 After a long hot summer of missing my favorite sudsy drama, Revenge finally returned to my TV screen and it hardly disappointed. 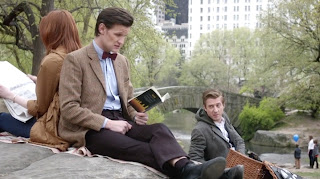 Amy Pond and Rory Williams, ever since they were first introduced with the Doctor’s newest incarnation it’s been hard to imagine one without the other.  And as we’ve arrived at the end of their run the question that’s lingering is would they be separated in the end?

Fringe 501 Review: Can we fight this future?


Last season, Fringe took us into a future that was bleak, dystopian, and surprisingly controlled by the Observers. Longtime fans of the show know the Observers quite well but they were always less menacing overlords than they were cryptic well, observers, of the human condition. Things had dramatically changed by the year 2036 where least season’s nineteenth episode, ‘Letters in Transit’, introduced us to a young member of the FBI called Etta who first rescued Walter Bishop after he’d ambered himself years ago back when the Observers arrived. Together they also found and freed Astrid and Peter—Etta’s long-lost father, at the expense of Etta’s own partner Simon (Lost alum Henry Ian Cusick). Olivia was nowhere to be found then, but that was just our first glimpse into this brave new world—now in the fifth season we’re living through it .

In last night’s episode, ‘Transilience Thought Unifier Model-11’, the beginning of the end of Fringe played out entirely in 2036 where the producers have said we will remain through the season as the final thirteen episodes fit together in one perfectly serialized arc.
Read more »
Posted by Keysha C. at 1:58 PM No comments: 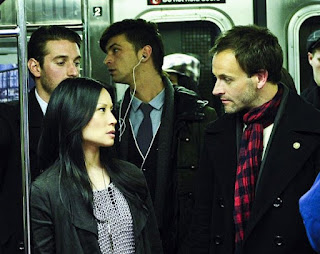 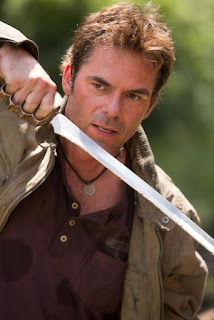 These recaps will be leaning quite heavily on the snarkier side of things so be forewarned. If you eye-rolled often Monday night this one's for you. For a proper review of the series so far check back with us next week as we see what kind of overall impression the first trio of episodes have made. Remember this is mostly all in good fun. We’ll probably root the ‘bad guys’ in the Monroe Republic on a lot as well. It’s more fun to watch that way. This is a full recap so there are spoilers.


Things kick off with a flashback to a week after the big blackout where we see Rachel with young Charlie as they prepare to leave the city.

FBF Takes On: Doctor Who 'Power of Three'

This week's Doctor Who made such an impression on us both that we felt the need to share our separate thoughts for 'Power of Three'. Check our reviews out and tell us what you thought about the episode, series 7 as a whole so far, or what you think might be the ending for the Amy and Rory in next week's episode. 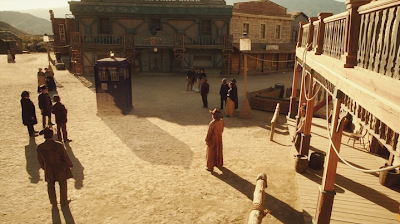 “We all carry our prisons with us.”

When the series 7 trailer was released, one of the standout portions of it involved the Doctor and his companions Amy and Rory winding up in the American Old West. A locale that the Doctor hasn’t been to in quite some time and since this show is Doctor Who after all, it was a version of the West with a cyborg Gunslinger roaming about as the clear threat. But the real conflict wasn’t quite so cut and dry in this episode, ‘A Town Called Mercy’ and though it wasn’t one of the more thrilling entries in the recent Doctor Who canon, what it did give us was something that there should be much more of in Steven Moffat-run Doctor Who: one pissed-off war veteran.

*Spoilers exist beyond the limits of Mercy. Tread with caution*

Summer's pretty much over and that means a return to better clothing and so many of our favorite shows. We here at FromBeyondFandom are eagerly awaiting the fall 2012 TV season's beginning and  in the spirit of our excitement we've put together our own personal lists of the things we're looking forward to the most from new shows and returning faves. Check it out, and let us know what things you're most looking forward to and dreading about the new season.

Doctor Who - Dinosaurs on a Spaceship Review 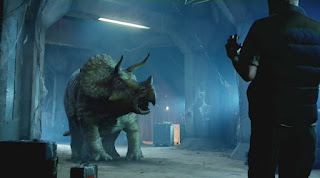 This week’s episode had everything anyone could ever want in an episode of Doctor Who.  Including: Dinosaurs, Nefertiti, and the return (sort of) of one of my favorite aliens on the series!


Cut for Spoilers and Speculation on future episodes

Doctor Who - Asylum of the Daleks Review 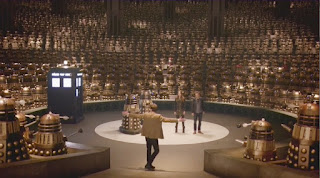 It’s about damn time!  Doctor Who crash landed back onto our television screens with the premiere of series seven.  In an episode which by the end had even I screaming “Save the Dalek!”


Cut for Spoilers and Speculation on Asylum of the Daleks and beyond.