A Visit to 'Game of Thrones': The Exhibition 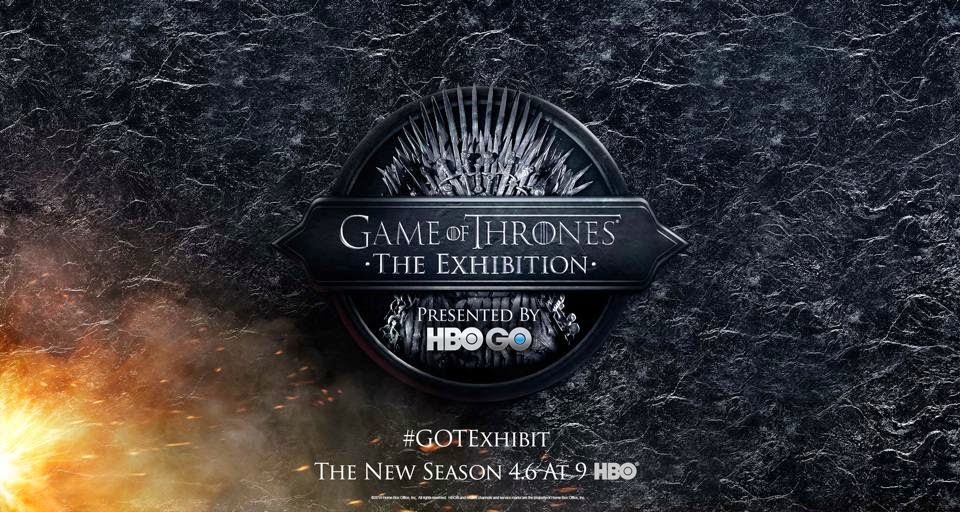 HBO
With PAX, Dragon Con, and Fan Expo occurring the same weekend (and all three being far out of reach) it only made sense to attend the PNE (Pacific National Exhibition) in Vancouver, BC to finally glimpse the globe-trotting Game of Thrones Exhibition. 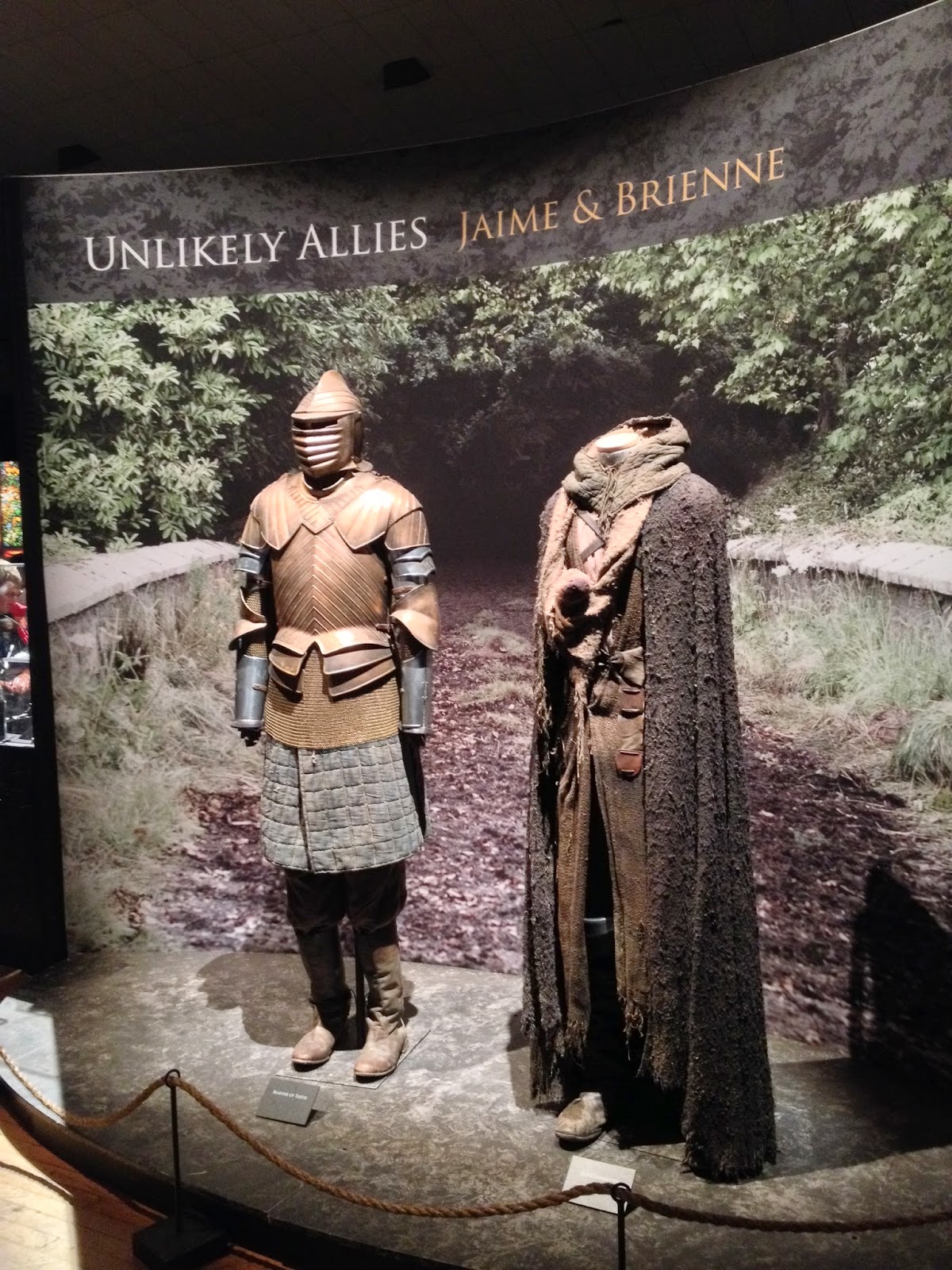 Brienne and Jaime's costumes
Starting in New York City earlier this year, the exhibit has stopped in eight cities across the world before finally ending its current run in Vancouver--the only stop in all of Northwest America. The exhibit has been packed since day one, causing the PNE to implement time-assigned tickets. Even with this system in place, the queue still lasted over two hours. The line was similar to that of a convention line, but the experience at the end made enduring the cold and rainy weather worth the wait. 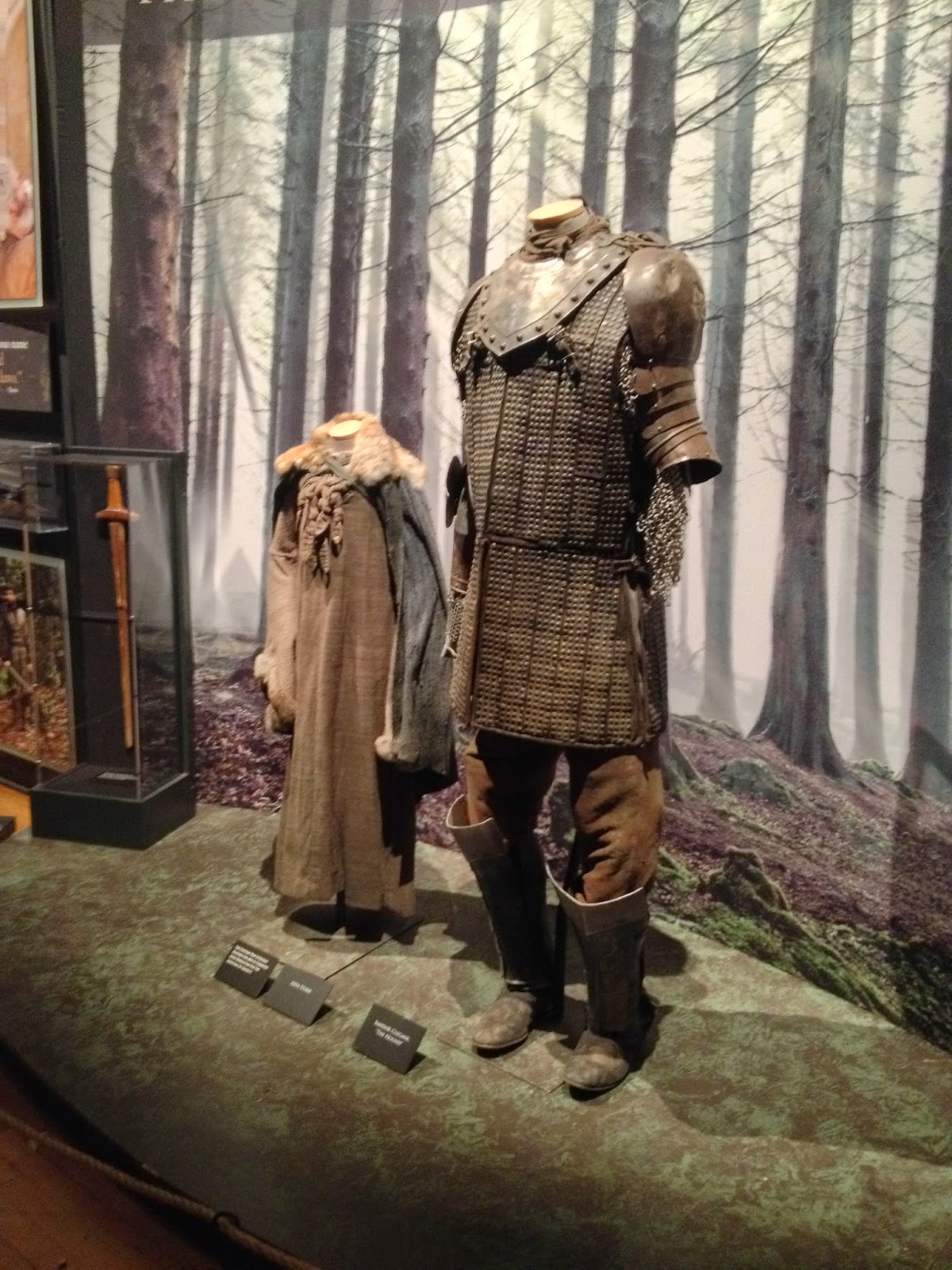 Arya and the Hound
The exhibit was lined with blown-up photos of the series and its characters, from the Red Wedding to the masses of the Unsullied. Amidst the exhibit there were costumes and props used throughout the series. Although most of these items were from earlier seasons, there was an occasional prop or costume from season four. One such prop was Oberyn Martell’s robes as well as 'Widow’s Wail', the sword given to Joffrey as a wedding present from Tywin Lannister. 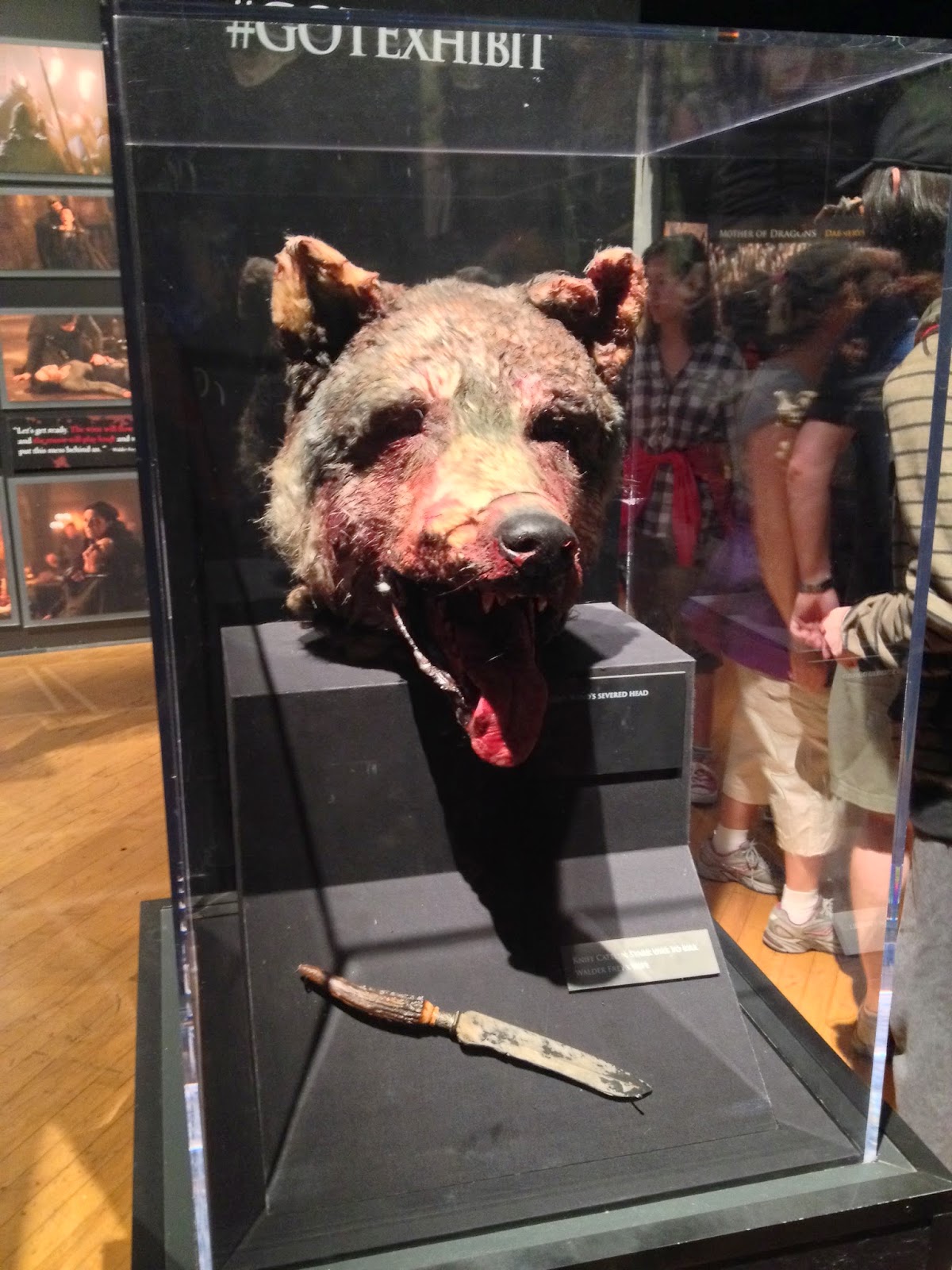 Grey Wind
The most gruesome prop was Grey Wind’s severed head (pictured above), the same head that ended up attached to Robb Stark’s corpse after the brutal massacre of the Red Wedding. 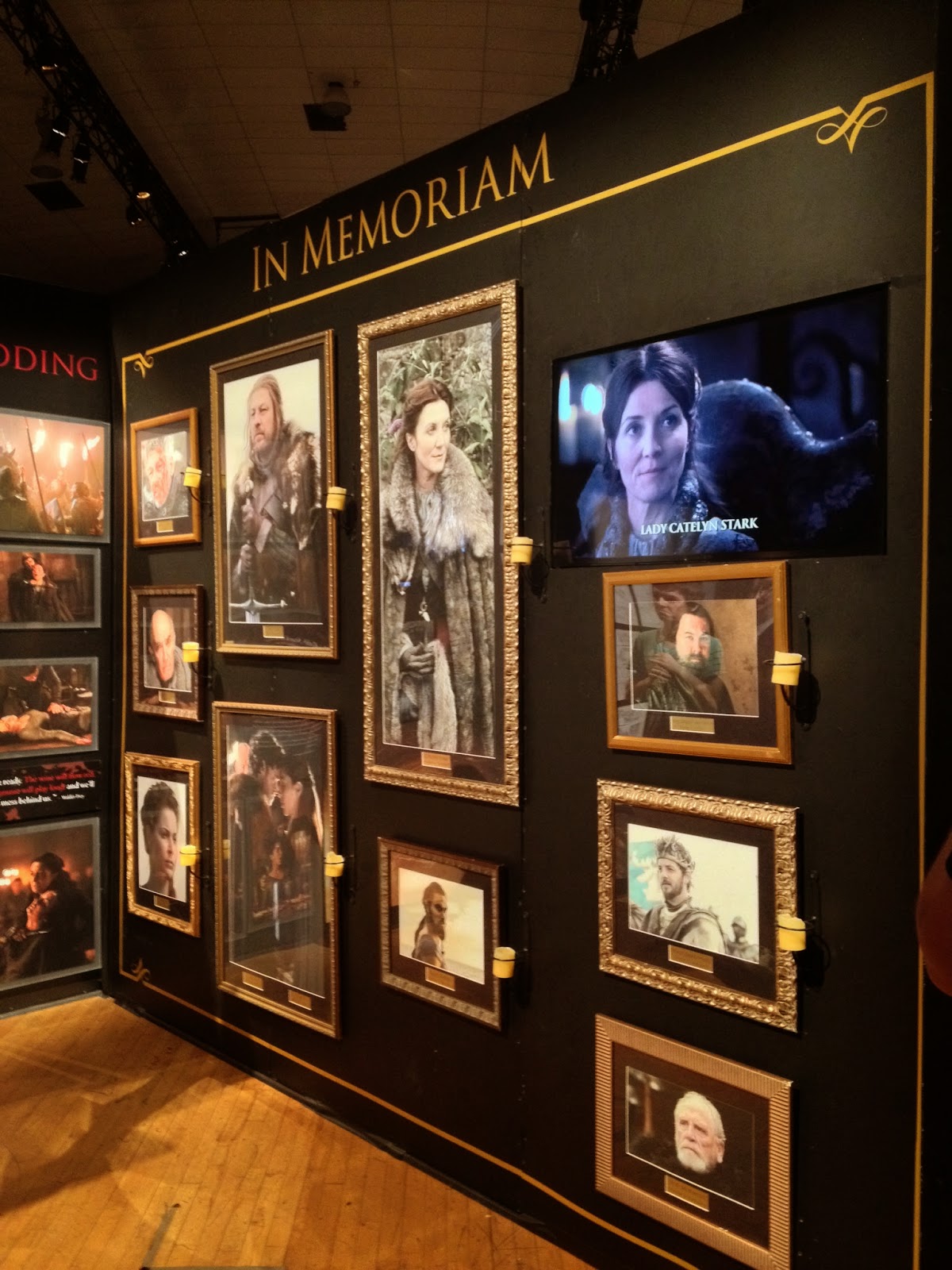 To the fallen
Placed near the exit of the exhibit was the ‘In Memoriam’ wall. Though not updated to include season four’s casualities, pictures of characters from season one onwards decorated the wall and a video screen scrolled through numerous others that have not survived. 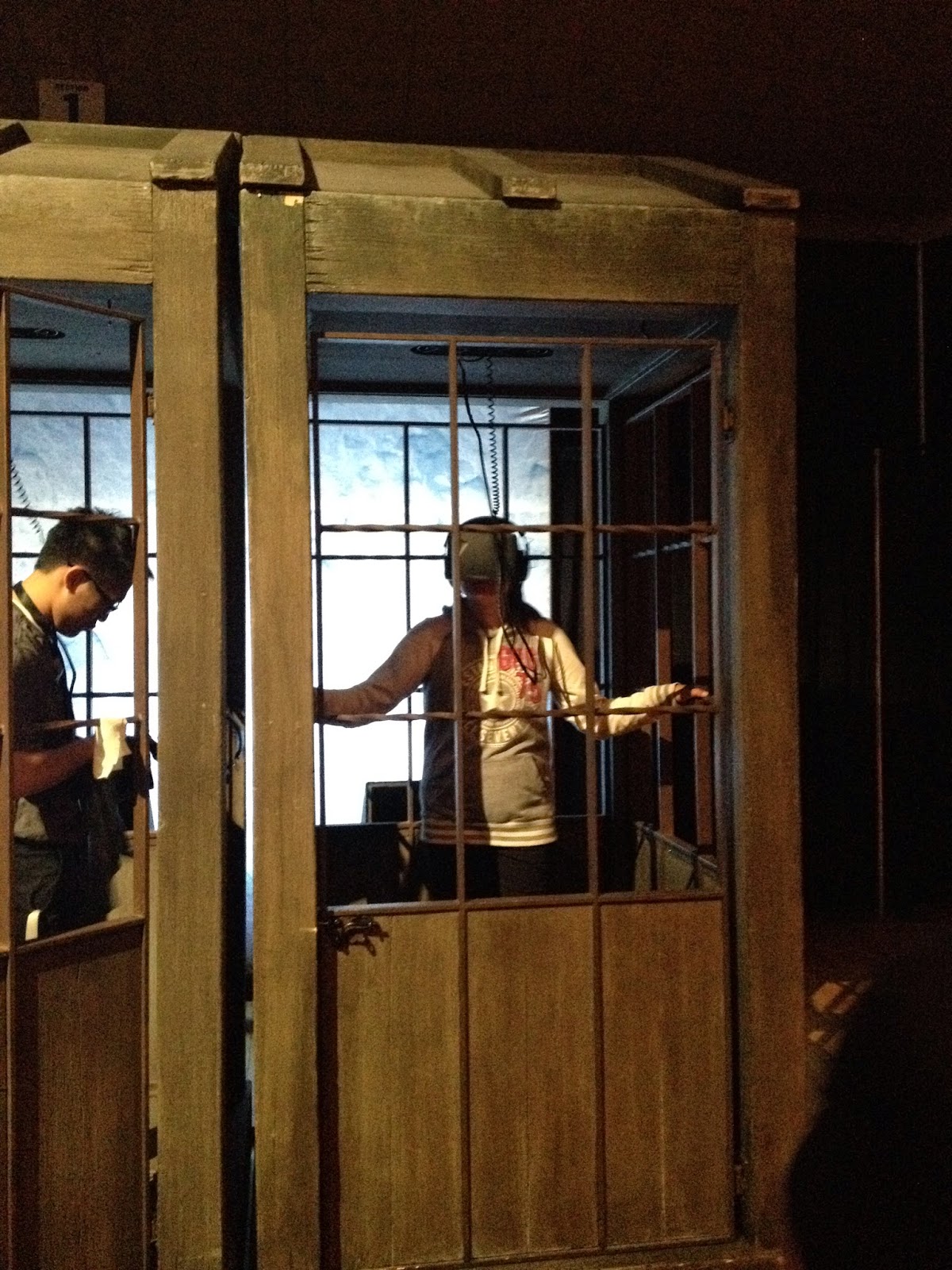 Ascending the Wall via Oculus Rift
The biggest crowd pleasers were the Iron Throne and the ‘Ascend the Wall’ experience. Each attendee could take a picture posing on the Iron Throne (without even having to draw a sword!). The real fun was being able to ascend The Wall using the virtual reality headset Oculus Rift. Locked into a cage, with the display and headphones on, the experience began with a slight thumping underneath to match the shakiness of the ascending cage. Every turn of the head gave a new view of the staggering heights, often producing shouts of fear. With the ascent lasting only a minute, the experience ended at the top of the Wall. You look far into the North as approaching flaming arrows from the Wildlings down below fly past, before one finally hits its mark and you tumble off the Wall for a final time. An experience unlike any other, it was an event that demands to be repeated. 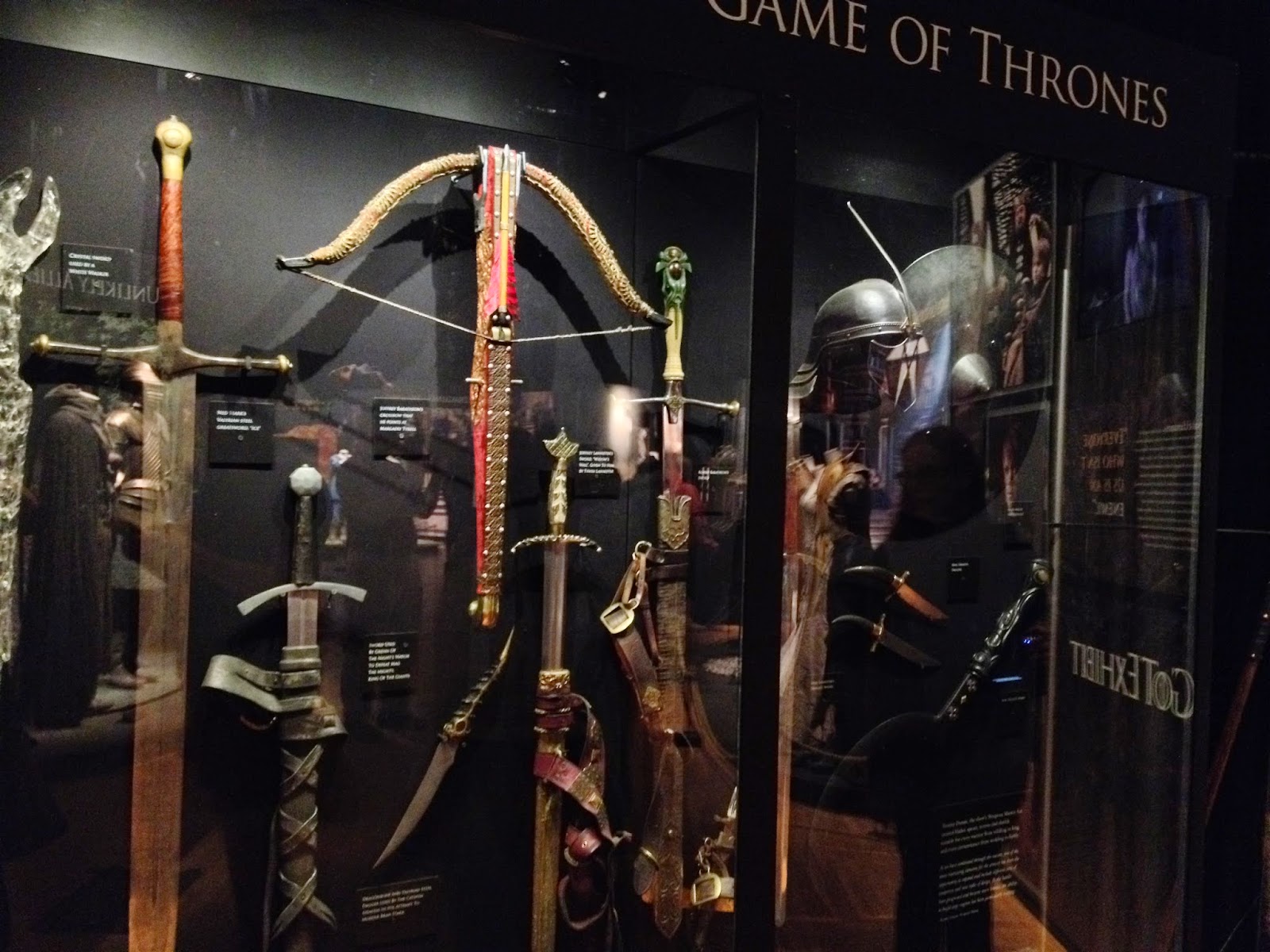 Some of the weapon props including Joffrey's crossbow
With the high popularity of the exhibit it only makes sense that HBO will soon be sending it around the globe again and perhaps even updating their current collection. As of September 1, 2014 the exhibit has ended its run in Vancouver. You can visit the official HBO site here. 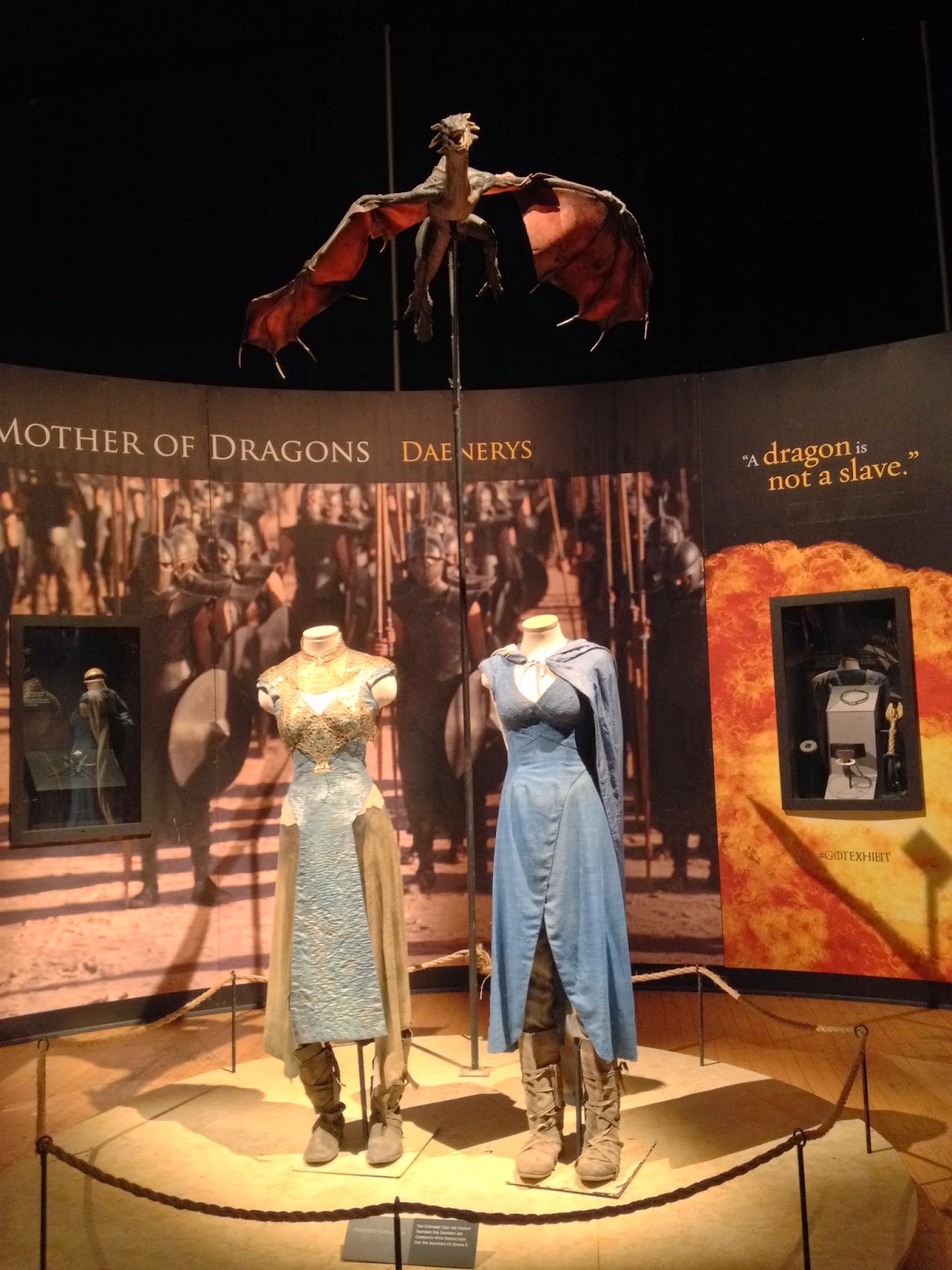 Daenerys costumes with one of her dragons

Email ThisBlogThis!Share to TwitterShare to FacebookShare to Pinterest
Labels: Game of Thrones, HBO, Out on the Scene