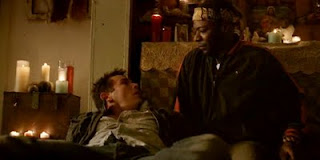 *This Review Contains Spoilers*
I have good news and bad news.  The bad news is this season of True Blood is already halfway over.  The good news is we still have six whole episodes left before we crawl into our cubbies and wait for the show to come back on again next summer. 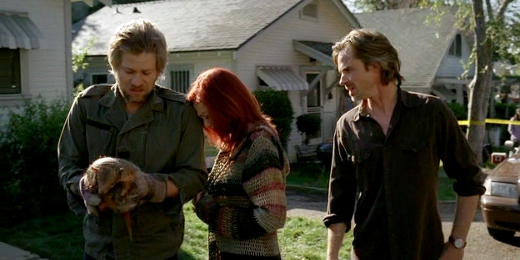 I’ll be the first to admit that a few of the storylines so far this season have felt a bit slow in the payoff.  Perhaps I’ve been spoiled by the fast-paced storytelling in other shows such as The Vampire Diaries, where they’ve been known to pack a season’s worth of plot into an episode.  But this isn’t the only season where I’ve been feeling that things have been going slowly for some characters, but that’s the give and take that comes with having an ensemble cast.  Terry and Arlene’s mysterious supernatural drama and the spirit surrounding the creepy baby doll have still not been fully explained.  As much as I’m enjoying the idea of a new type of entity in the True Blood verse, I hope we get more information soon.  Also  taking their sweet time this season are the plot-lines for Tara, Jesus, and Lafayette.  Admittedly with this newest episode they all seem to have picked up the pace, but I worry they’ll all get caught back in storyline purgatory while Bill, Sookie, and Eric advance by leaps and bounds. 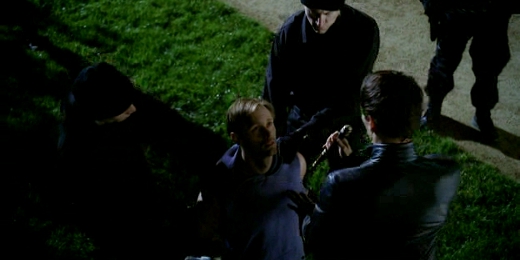 Speaking of our love triangle, King Bill hasn’t quite been as fun as I’d hoped he’d be, but he still could be if he gets out from under the thumb of the authority...and from what’s currently happening in between Sookie’s legs.  I haven’t been frustrated with Sookie at all this season, and she really shined during the latest episode, ‘I Wish I Was the Moon.’  Her scenes with Tommy, Jason, Alcide, and Debbie were such a delight, and if anything I find her more interesting when she’s not slumming around with vampires.  Has amnesiac Eric been living up to everyone’s expectations?  I enjoy the edge he still has, but I almost think he’s gone too soft, too cuddly.  I can’t wait for Eric to be back in his own mind and watch the chaos that ensues after. 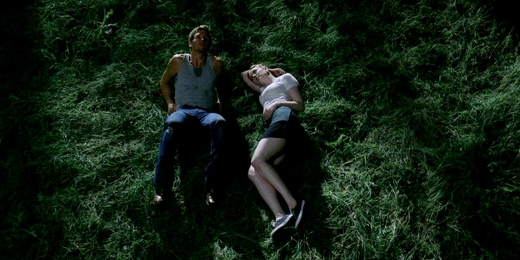 After all that drama in Hotshot, it seems that Jason isn’t a werepanther, a massive but welcome change from the books.  I think they tried to learn from one of Heroes’ mistakes, that is,if you make everyone something special then no one is. Granted Jason still has fairy blood, but he lacks any benefit from it so he’s just as ordinary as any other human on the show.  I like True Blood’s assertion that the only way you can be a were is if you were born it, but that doesn’t mean we won’t be seeing some future werepanther babies as a result of Jason’s time in captivity. 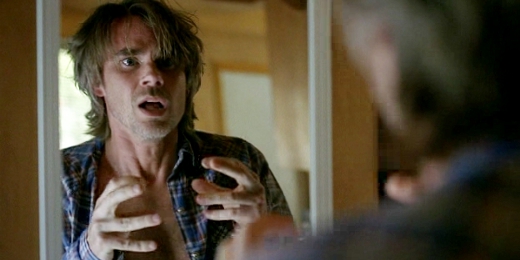 Tommy and Sam have had an interesting give and take this season and now Tommy is quite literally fucking their relationship over again.  Sam Trammell really gave a stand-out performance in the newest episode, portraying Tommy shape-shifted into Sam.  However, why the hell did no one notice Sam’s voice was several octaves higher?  Now that Tommy has sabotaged Sam’s relationship with Luna, I can’t wait to see how Sam responds.  Hopefully it won’t be just shooting his brother in the other leg. 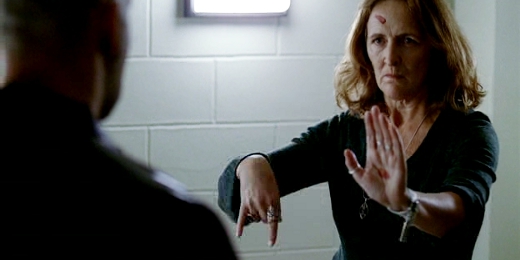 This season we’ve also watched Marnie go from an unassuming palm-reading Wiccan in a bean bag chair to becoming a serious threat to vampire-kind upon discovering a dangerous gift from within herself.  She can communicate with spirits and now she’s been fully possessed by a revenge hungry witch from the days of the Inquisition, Antonia.  I wonder if it’s possible to get the spirit free from Marnie and will the vampires even care to try.  If anyone had a doubt that Fiona Shaw wouldn’t have what it takes to be a worthy True Blood villain, the latest episode should put all of those doubts aside.  Now if Nan can take her attention off of being sexually satisfied long enough to put the order down to exterminate Marnie, she might spare a few vampires from meeting the sun.  But by now with the witches getting powered up and Pam provoking Tara into further action, is it going to be too late for our favorite bloodsuckers and the ones who love them?  Time will tell!
Posted by Rachel P. at 7:41 PM